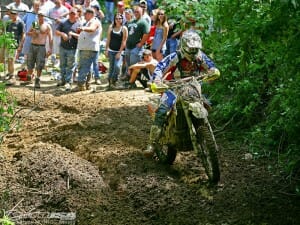 The Snowshoe GNCC 2015 race is one of the toughest and most unique events held in America. Founded in 1975, this 13-round championship is exclusively produced by Racer Productions. Today, it is considered to be one of the most physically demanding games in America. Each GNCC race lasts for around 3 hours, where 1800 bikers from all over the world compete for prizes worth $3 million. The ten to twelve-mile long track consisting of all types of terrain from muddy and rooty to rocky and hilly tests rider’s survival and speed skills. However, it is not only for professional bikers but also amateurs who are divided into demographic groups.

This year, the Snowshoe GNCC 2015 race is set to be held in Snowshoe WV. With plenty of options for leisure activities, such as parks, sightseeing and shops, the host area will provide plenty of options for entertainment off the track as well. Snowshoe, which is the biggest skiing resort in West Virginia, also has golf courses and bike race tracks for the joy and convenience of its visitors.

The Snowshoe WV resort will be hosting Round 9 of the Snowshoe GNCC 2015 race from the 20th of June to the 21st of June 2015. The schedule is as follows:

If you are looking to experience this amazing event, then you can book your lodging at https://mountaintopcondos.com, pack your stuff and get ready to become a part of the exciting Snowshoe GNCC 2015 Racing event in Snowshoe WV.