From September 2nd-4th, 2016, Snowshoe Mountain Resort will be hosting its annual FreeFall Festival. This event combines music, games, recreational demos and craft beer. Plan for a fun-filled celebration of the outdoors lifestyle.

Music & Fun on the Mountain

Headlining this year’s musical selection is the chart-topping Reggae artist Matisyahu. Matisyahu has been in the limelight since 2005, when his album Live at Stubb’s reached the #1 position on Billboard’s Reggae Album’s Chart. Since then, he’s been traveling the world undergoing a process of both artistic evolution and personal change. Matisyahu has been able to expand beyond the Reggae scene, reaching global success with his hit single “One Day” in 2009. While his mainstream success has brought him some criticism among his earlier fans, his widespread appeal shows the ubiquity of his message of peace, love and celebration.

Other artist who will be playing in the concert series include Live Music Daily’s Best Rising of Artist of 2014, Big Something. Also, Brooklyn-based funk-band Pimps of Joytime. Oh yeah, did I mention all of this is free? It’s sure to be a great time.

Along with the musical selection, Snowshoe will also be hosting a Microbrew Festival during FreeFall. This event will bring together both local and global craft brew distributors to offer you a wide variety of tastes. You can purchase an advanced ticket before September 1st for $18.00 or a pass on the day of the event for $25.00. A ticket to the Microbrew Festival will grant you access to entertainment throughout the evening, beer tasting tickets and a souvenir cup. 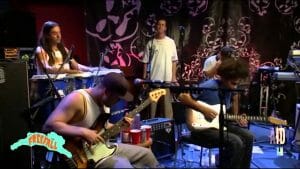 To top things off, the event will also include a mountaintops fireworks show on Saturday night! This show will feature some of the best fireworks from the local region and is sure to be an exciting cap to a fun-filled weekend.

What’s more, you can also participate in some of Snowshoe’s regular activities like yoga, zip-lining, guided hikes, mountain biking and games while attending the FreeFall Festival.

Overall, it will be a perfect weekend for those who love the outdoors. Be sure to visit Snowshoe resort from September 2nd-4th to join in on the fun.