Snowshoe Mountain Resort is a ski resort in the Mid-Atlantic, located in Snowshoe, West Virginia. The resort has 244 acres of skiable terrain and spans a total area of 11,000 acres in the Allegheny Mountains, which are part of the massive Appalachian Mountain Range. Snowshoe is situated in the bowl-shaped convergence of two mountains, Cheat and Back Allegheny, at the head of the Shavers Fork of the Cheat River. Snowshoe is home to the second highest point in the state and the peak elevation for Cheat Mountain, at Thorny Flat, which reaches a Snowshoe elevation of 4,848 feet above sea level.

Snowshoe had originally been proposed as a four-season destination, although it would take years for mountain biking and horseback riding trails to become a significant draw. One key advantage for the mountain has continued to be its lower temperatures, due to its Snowshoe elevation. With an average temperature of 28 °F in January and 68 °F in July, Snowshoe can be considerably cooler than nearby regions at lower elevations.

Snowshoe Mountain is the name of the resort, not the name of the mountain itself. The resort is located on Cheat Mountain. Cheat’s high point is Thorny Flat, which reaches the Snowshoe elevation of 4,848 feet. The resort makes up 244 acres in total, which includes the Snowshoe Mountain and Silver Creek areas; the mountains have a total of 60 slopes and trails plus many acres of back-country. Two trails, Cupp Run and Shay’s Revenge, boast a 1,500 feet vertical drop, the highest in the Southeast and Mid-Atlantic. The former was designed in part by Jean-Claude Killy, a triple gold medalist at the 1968 Winter Olympics. The mountain summit receives an average of 180 inches of natural snowfall each winter – largely because of the Snowshoe elevation.

The resort has a base of 1,400 condominium and lodge hotel units, most of which are independently owned but managed by the resort. The average winter season is just slightly more than 130 days each year, while the spring, summer, and fall seasons typically include a series of sports, recreation, and cultural events. The Snowshoe elevation is largely credited for these ideal conditions.

The Village at Snowshoe is located at the summit of the mountain, rather than at its base. While Snowshoe is still best known for its winter activities, today the resort has extensive mountain biking trails, a popular golf course designed by Gary Player, wedding and convention areas, several summer outdoor activities, and hosts a Grand National Cross-Country Racing event each year. The resort comprises the Snowshoe and Silver Creek ski areas. About 480,000 skiers visit the resort each year, primarily from the larger cities of the Mid-Atlantic and Southeast and from across West Virginia. 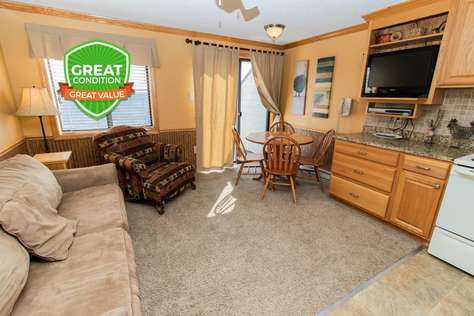 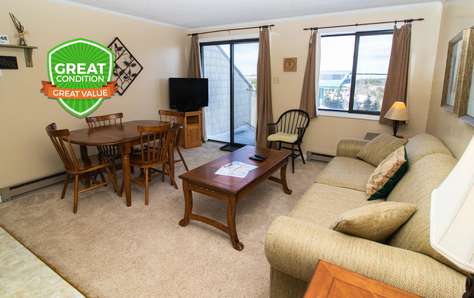